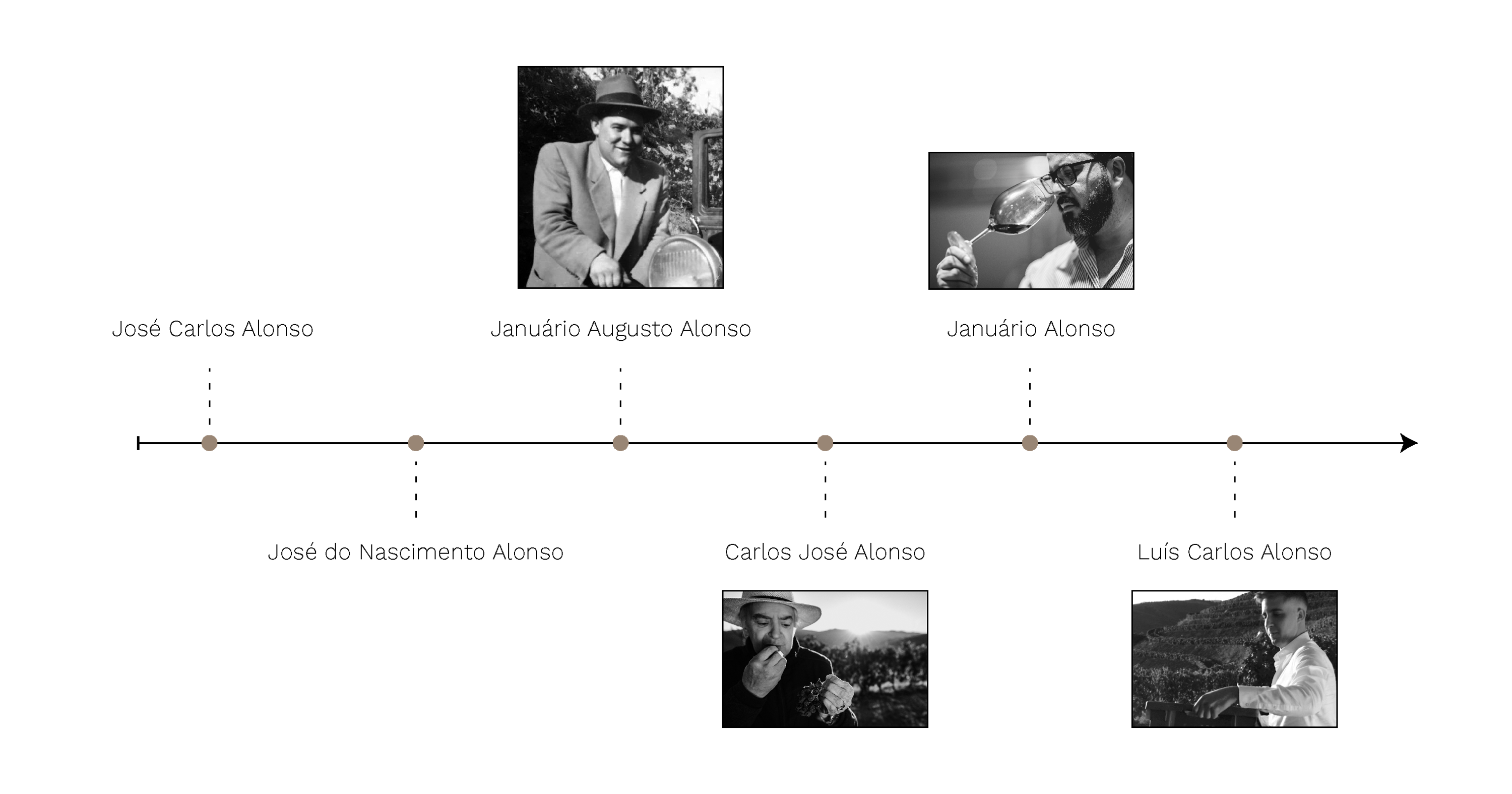 Januário Alonso, the fifth direct descendant of a family of vintners who, from earliest times, devoted themselves to the art of growing the vine and later to the production of wine. He expresses a great admiration for his grandfather Januário Augusto Alonso, the grandson of a Spaniard, who moved to the northern Portugal because of the Galician immigration movement between the 17th and 18th centuries, when seasonal opportunities arose to the cyclical rhythm of agricultural production for relatively large markets. Januário Augusto Alonso was an earthy, industrious and a dynamic man with a great entrepreneurial spirit. An example for the whole family, also transmitted by his father, Carlos José Alonso and currently shared with his son, Luis Carlos Alonso.

Januário, has always been aware of the unique wine characteristics of the Douro region, nourishing a passion for the wonderful world of wines. The potential of the of the region, its passion for the world of wines were some of the reasons for its commitment, enthusiasm and extreme dedication in the creation of its own brand EXLIBRIS BACO (Douro Wines) and later with PIROGA (Vinho Verde) .